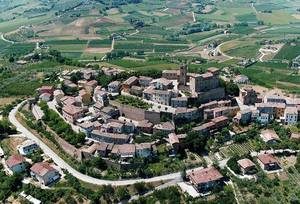 Aerial view, photo by the Administration of Longiano

Longiano (Lunzèn in the local dialect) is a small town located between Cesena and Rimini, suspended between the blue sea and the green hills of Romagna. This medieval village was already known in the 12th century for its forests. Subsequently, the climate, the fertility of the soil and the abundance of water have allowed flourishing agriculture on the hills, where you can still see olive trees, vineyards and the recent orchards.

In 1992, the town obtained the recognition of “Ideal Village” by the European community and by Airone magazine for the harmony of culture, traditions, work quality, lively social fabric, good food and good wine (especially the red wine Sangiovese). In 2002, Longiano was awarded the title of “Town” by the Italian President. This has contributed to recognising the importance of Longiano and the value of its historical monuments and cultural activities, its businesses in the agricultural sector, its commercial industries, as well as its construction and manufacturing firms. Along with the leading role of the Foundation, other important cultural activities and institutions exist, within and beyond the town walls. 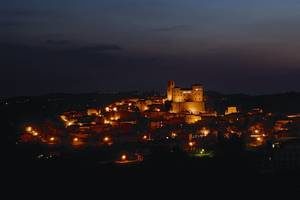 The Museum of the Territory was created inside the bastions in 1986: it contains around 3000 exhibits, as well as tools, furnishings and a photo collection of traditional crafts and the Malatestian castles.

The Museum of Cast Iron, opened in 1998 in the former oratory of Santa Maria delle Lacrime, combines the preservation of two centuries of urban furniture with the current production which is still active. It contains specimens from the Neri Foundation Collection, whose purpose is to tell and remember the story of a type of material as fascinating as it is unknown.

The Museum of Sacred Art, officially inaugurated on March 18, 1989, is housed in a splendid ecclesiastical building, which is still consecrated. If you climb the few access steps, you will be amazed by the richness and elegance of the internal decorations by the great artist Antonio Trentanove from Rimini. The ornaments and stuccos amplify the beauty of the architecture, framing the rooms with a sumptuous repertoire of shell valves, masks, capitals, intertwined scrolls of flowers, fruit and angelic putti. It houses remarkable pictorial and plastic works, including a view of the town by Giuseppe Rosi and the “Lamentation over Christ”, a sculptural group in polychrome terracotta by the artist Ilario Fioravanti.

The Errico Petrella Theatre, built in 1870 and restored in 1986, enchants spectators with its excellent acoustics and has been attracting the best artists to Longiano. Once the restoration work was completed, the theater resumed its lively activity, including drama, comedies, cabaret and concerts.

The Sanctuary of the Holy Crucifix houses the painting of the Crucifix by Giunta Pisano’s school. Legend has it that a prodigy took place in 1492. A calf was brought as a gift to the friars. While passing in front of the sacred image, the calf knelt before it, refusing to get up until the prior of the convent blessed her. 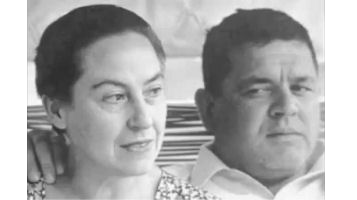 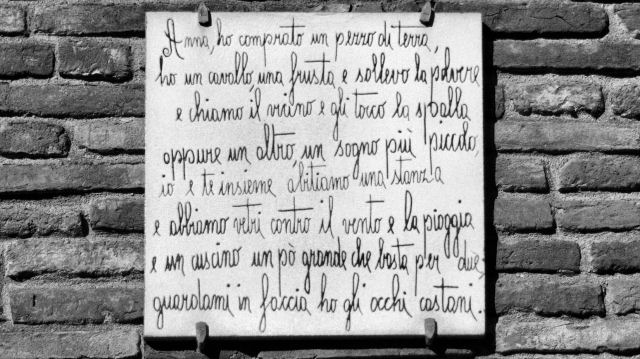